Wow, my aim was really to be strict about the terminology and always talk about Beijing/PRC or Taipei/ROC, but I noticed that I was saying "China" and "Taiwan" a lot of the time. Lucky I'm not trying to be the President, eh?

I'm sorry it's so long, but on the other hand I think I speak pretty slow, so it's probably pretty amenable to sped-up listening. :-)

Or, you can skip ~27 minutes in to go straight to my overview of the current situation, without the "short" background.

Also, pardon my pronunciation of Chinese names, which is an unpredictable mix of Cantonese, Cantonese-accented Mandarin, Mandarin and English. 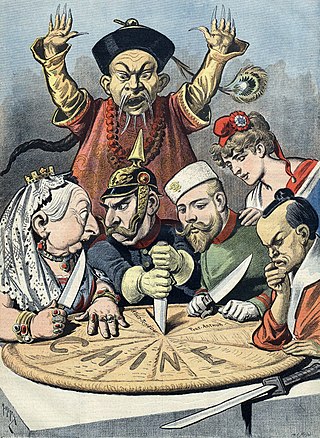 Here's the text from IRC:

China doesn't want Taiwan to be independent because that would be a loss of prestige to China.

There are no technical details about it, it's all about symbolism.

The China thing is a really interesting thing to unpack. First of all, if you ask the traditional ruling party on Taiwan, the KMT or GMD (Guo Min Dang), there is no country called Taiwan. The KMT and the CCP (Chinese Communist Party) agree that there is only one China and Taiwan is simply a province of that China. Where they disagree is whether the true government of the whole is in Beijing or in Taipei. (fun fact: the official capital of the Republic of China (Taiwan) is Nanjing, which is not under ROC control)

Also, some de-facto parts of India and all of Mongolia is officially part of the ROC, according to their Constitution. 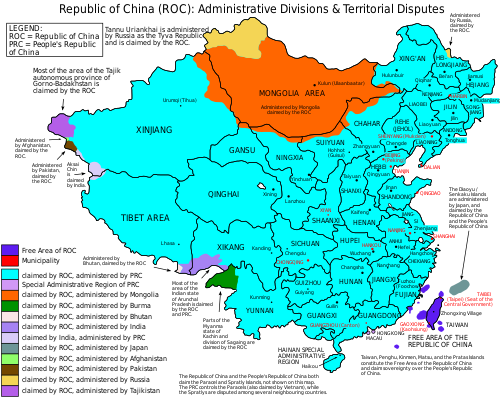 So the US and UN stance since 1972 is "there is one China, and its government is in Beijing". But at the same time US is giving military support to Taipei, which according to Beijing is an unruly province.

Both the CCP and the KMT hope that in the long term, this can gradually creep toward a unification of China. If Taiwan would declare independence, that would mean war.

Now, the current ruling party, the DPP (Democratic Progressive Party) officially support driving toward a Taiwanese rather than a Chinese national identity, and at some point independence. They are being very careful about it though, because they are also aware of how Beijing would react if they went out and did it. Also, while they do control the majority of the Legislative Yuan, there is a significant minority in Taiwan that adhere to a Chinese identity, don't want to upset China, and don't want formal independence. The current quirky situation works, and barriers have been coming down over the years. Relations are abnormal yet normal. On the rhetorical level it's all messed up, in practice you can fly between the island and the mainland, you can conduct business and send post, etc.

When ROC (Republic of China, "Taiwan") and PRC (People's Republic of China, "Mainland China") representatives meet, there are no embassies or consulates involved, because neither acknowledges the other as a country. Neither President will call the other "President", because that would imply they represent a country, rather than a rebel faction inside what the other side considers China.

So when Trump goes on Twitter and says "The President of Taiwan CALLED ME today to wish me congratulations on winning the Presidency. Thank you!" that's a huge scandal in the eyes of Beijing. There is no President of Taiwan, and to imply so is to imply that Taiwan is a country and should be independent.

That's as short as I can make it, but that's the low-down on what's up in the Taiwan Strait.

Tangential background (all except one from Wikipedia):

China seizes American survey submarine drone right in front of the ship controlling it. People are speculating that this is a first act of retaliation against the president-elect's indication the he will favor Taiwanese independence. https://mobile.reuters.com/article/idUSKBN14526J

Please do more of these shows.

Thanks for doing this show. I didn't feel it was too long at all. Turn your bloody phone off ;)

I truly appreciate this episode. Here in the US, we get a euro-centric view of history in our education system. It is great that you have done this history lesson, and makes some of the things going on in current geo-politics makes more sense.

As someone with a strong interest in both history and politics, I really enjoyed this program. I'd love to hear more.

lol - I used to watch China Uncensored on youtube. I think China & Russia have an inferiority complex because the rest of the world listens to the US. They only act to protect their interests. They see the US as an intruder to their sphere of influence. I think mainland China just wants asians to deal with asians affairs. It is convenient for them but thats what they want. Anyways the US (country of freedom) refused to allow the south to secede when they wanted to. And say Trump makes hispanics really angry and regions dominated by hispanics so much they want to secede. The government will use military force to prevent it. I doubt any government today would allow a region to secede peacefully.